Things to look out for when buying a home 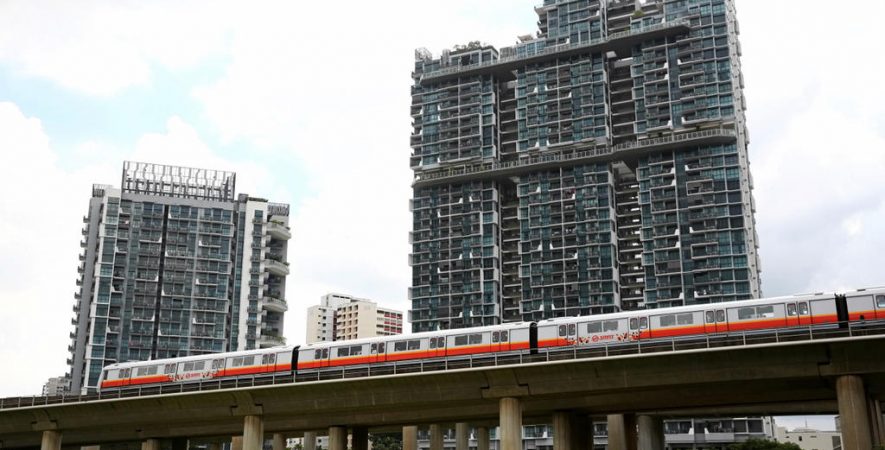 Higher price, higher returns? Freehold or leasehold? Primary market or secondary? And what about mortgagee sales?

Buying a home is a multi-faceted decision. Not only does it satisfy the physical need of having a roof over your head, it is also often an emotional decision – and imagine adding the element of investment into the mix!

Most buyers long to get their hands on property that has potentially higher returns. But purchasing an expensive property may not guarantee a higher return. Data from the Urban Redevelopment Authority (URA) revealed that non-landed price movements for homes in the Core Central Region may not have higher price appreciation compared to prices in the Outside Central Region.

First, the capital appreciation of homes in suburban districts may be higher due to the introduction of cheaper and faster modes of transportation, such as good proximity to MRT stations. Second, prices of developments in the Rest of Central Region and Outside Central Region recorded higher appreciation, following the influx of government initiatives and plans to develop selected areas.

To find properties that are value for money, buyers often lean towards certain key attributes.

Some believe that freehold properties lend themselves well to higher price appreciation and that their tenure offers security to buyers. Others believe that leasehold properties have potentially higher capital appreciation due to their lower base, which implies higher yields. While lease expiry remains a concern, there is opportunity for the development to be sold en bloc after 20 to 30 years, depending on the market conditions and governing collective sales regulations then.

Location plays a significant part in affecting the rate of return as well. In Districts 9,10 and 11, the compounded annual growth rate (CAGR) in prices for freehold, non-landed residential properties with a floor area ranging from 1,200 sq ft to 1,500 sq ft in the past 10 years (2009 Q4 to 2018 Q4) was 3.7 per cent per annum, higher than the CAGR of its leasehold counterparts at 2.9 per cent.

J Gateway is one such example. The average unit cost of a 600 to 700 sq ft unit was approximately S$1,840 per sq ft in 2018, higher than the S$1,523 per sq ft price when the bulk of units was sold by the developer in 2013. Meanwhile, the average prices of developments in the Jurong East planning area that transacted in the secondary market over the same period remained flat.

Like the Jurong Planning Area, Paya Lebar was tipped to be a place with much growth potential, and the upcoming mixed-use project, Paya Lebar Quarter, will rejuvenate the area. If we examine the secondary market near the upcoming development, it seems prices of non-landed residential properties near the development seemed to be more reflective of the market conditions.

When we zoom down to project level, the average unit price of an apartment of 1,000 to 1,200 sq ft at Aston Mansions recorded an appreciation in 2015, after the site was awarded. Other developments that were further away, such as Le Crescendo, did not record such increase in prices.

It’s worth noting that the divergence in price trends in the primary and secondary market in Jurong may be due to differences in location and other attributes, among projects. As such, buyers should exercise caution and due diligence in their considerations, and not just follow where new initiatives lead.

Areas with potential for MRT stations

The impact of MRT stations on housing value and housing wealth has been well studied, with a study by the National University of Singapore finding that the launch of the Circle Line increased housing values in treated zones that were within 600m of an MRT station by 8.6 per cent, relative to houses in control zones.

Nevertheless, buyers keen to benefit from such potential gains will have to purchase anticipated sites at least a year before completion, and endure inconveniences such as ongoing congestion, dust and noise.

Anticipating the relocation of good schools

Good schools have been found to impact home prices due to the 2km home-school, distance-based priority allocation rule in Singapore. Based on home sales figures from 1999 to 2009, a study found that the relocation of primary schools resulted in declines in private housing prices within 1-km and 2-km zones, of 2.9 per cent and 6.0 per cent respectively, six months before the actual relocation.

To hedge against such instances, having a sense of a nearby school’s physical condition and whether refurbishment plans are in the works, may bode well. Separately, buyers hoping for better gains can seek homes near areas that schools are looking to relocate to. It is also worth noting that the popularity of a school can amplify the effect of a school’s relocation.

While speculating on the next nearest MRT station or area of growth may be good fun, a straightforward route would be to look to mortgagee sales for value homes. This underrated mode of purchase often turns up properties offering great value, even against competing properties in the same vicinity or development. For instance, a unit at Spottiswoode Residence was transacted by Knight Frank Auctions at only S$1.2 million in 2018, while the average quantum of similarly sized units within the same development sold for S$1.78 million in the same year.

Buyers can download the listings from major agencies and visit the units. If they are interested in any of the properties, they should check with the banks whether they are able to take up the loans to finance the purchase. On the auction date, they have to physically be at the auction to bid.

Homebuyers typically have both investment and owner occupation intentions in mind. While the above propositions may shed some light on possible factors to look for when purchasing a home with higher investment gains, the returns are by no means certain. Home purchases are still largely sentimental in nature, and a collective decision is typically made with the family in mind. A home should not only fulfil one’s short term wants – more importantly, it should also fulfil one’s long term needs.