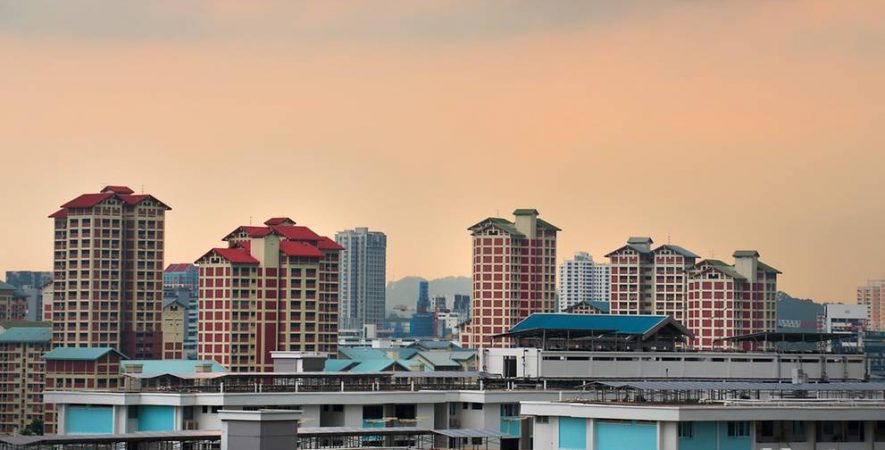 SINGAPORE: Home buyers on Wednesday (Sep 11) said that the bigger grants by the Housing and Development Board (HDB) offer them wider options, including buying resale flats if they fail in the bid for a new flat.

With the Enhanced Housing Grant (EHG), which took effect on Wednesday, more Singaporeans will be able to get housing grants when they buy their first home.

The grant can be used for purchases of both Build-To-Order (BTO) and resale flats, and there are no restrictions on the buyers’ choice of flat type or the location.

Before, buyers could get a Special CPF Housing Grant only if they buy a four-room or smaller flat in a non-mature estate. The income ceiling to get the grant was also raised to S$9,000 for families or couples.

HDB also announced that the income ceiling to qualify for the purchase of new flats will be raised to S$14,000 for BTO flats and S$16,000 for executive condominiums.

Patient service officer Hasmiyanti Senin, 32, who is divorced, said that it was “much better” for her with the new grant.

Hoping to buy a three-room flat for herself and her two children, she said that she would consider buying a resale flat if her bid for a Tampines BTO flat is unsuccessful.

“Previously, my income is not enough to get a resale. Now, (I have) no preference (for a BTO or a resale flat),” she said.

A 25-year-old civil servant, who declined to give her name, also said that she might consider resale flats if she does not get the BTO flats she applied for.

“We were considering resale for a long time, but we wanted to live in the Old Airport area,” she said.

RESALE FLAT PRICES TO GO UP?

With greater demand for resale flats, some analysts think that prices for some flats are likely to rise over time.

“These new changes may help the market further by stimulating more demand for resale flats and prices may even improve for some flats,” said Ms Christine Sun, head of research and consultancy at OrangeTee & Tie.

Cushman & Wakefield’s senior manager for research in Singapore and Southeast Asia Wong Xian Yang said that demand would rise, especially for flats in mature estates or near MRT stations.

“The enhanced grants would especially benefit BTO launches and resale flats in mature estates or near MRT stations, as they become more affordable,” he said.

He added that younger buyers looking to maximise their grants could gravitate towards newer resale flats with leases of more than 70 years, pushing up demand.

Buyers get the full EHG grant only if the lease of the flat they buy covers them and their spouse to the age of 95. If not, the grant will be pro-rated.

One industry observer, however, thought the impact on prices could be “marginal”.

“Previously, when the Government implemented the Proximity Housing Grant, there was a slight increase in sales activity, but prices stayed largely the same. Additionally, beneficiaries of the grant are unlikely to overbid in the resale market, given probable equity constraints,” said head of research at Knight Frank Singapore, Dr Lee Nai Jia.

Ms Sun added that the changes are timely as there will be more resale flats entering the market in recent months upon reaching their five-year minimum occupation period.

“The increased demand may likely help absorb some of the flat supply,” she said.

Analysts had different views on whether there would be a knock-on effect on private home prices.

Cushman & Wakefield’s Wong thought there should be a “net positive” for the private housing market.

“On one hand, the higher income ceiling and grants might sap some first-timer demand away from the private residential market as some might choose to buy an HDB flat instead of private housing.

“On the other hand, the changes in income ceilings and grants is a stimulus to the HDB resale market, and should boost upgrader demand for private housing,” he said.

Dr Lee expects the subsidies to shorten the lead time of properties put up for sale in the HDB resale market, which will lead to more HDB dwellers upgrading to private properties.

However, he added that this “indirect” effect is likely to be small.

“This is as the subsidies largely benefit the lower income group, which tend to live in their existing homes for a longer period of time,” he said.