Look Ahead 2019: Property — A subdued year in store, after a frenzied period 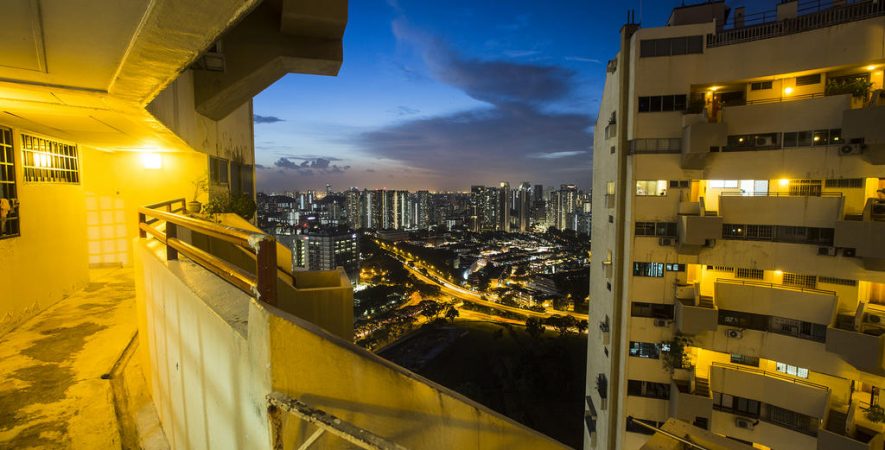 SINGAPORE — Not since 2007 has the property market had such an eventful year.

2018 will be remembered most for the year the en bloc movement reached fever pitch, which went by with multiple asking prices above S$2 billion, ugly spats between neighbours, and calls among the heritage-minded to preserve iconic developments, such as Pearl Bank Apartments and Golden Mile Complex.

Then more drama kicked in in July last year when the government stepped in to arrest the euphoria with a surprise set of cooling measures, bringing the collective sale activity to a screeching halt amid bumped up land acquisition costs and heftier additional buyer’s stamp duties (ABSD).

In the public housing space, the high prices being paid for ageing resale flats came up against the reality of government policy, as Prime Minister Lee Hsien Loong made clear in his National Day Rally speech that HDB homes are sold for 99-year leases that will not be extended.

In the wake of all that excitement, analysts say 2019 will likely be a relatively subdued year for the residential property market.

Analysts are not expecting a fresh round of cooling measures in the year ahead.

On the contrary, they see a likelihood of a slight relaxation of the curbs, as growing concerns over the trade war between the United States and China, and rising interest rates are dampening the outlook for economic growth.

“Global markets might not be strong enough to make Singapore property market heat up,” said Mr Ku Swee Yong, the chief executive officer of real estate brokerage firm International Property Advisor. “Likelihood is for cooling measures to be rolled back due to weak external economy and rise in bankruptcy sales.”

Data from the Ministry of Law showed that there were 3,097 applications for bankruptcy in 2018, up 5.6 per cent from the year before. The number of bankruptcy orders made also increased slightly by 1.2 per cent, to 1,657.

Mr Alan Cheong, senior director of research and consultancy at real estate service provider Savills, agreed that it is unlikely the government will implement more property curbs in 2019.

In fact, he believes it should relook the ABSD imposed on foreigners buying private residential properties here, which was bumped up by five percentage points to 20 per cent in July last year.

“Already at the previous rate of 15 per cent, (foreign buyers) were turned off and private bankers are now lamenting the difficulty of opening accounts for new high net worth overseas clients as they need to go through tedious product suitability assessments,” said Mr Cheong.

After the euphoria of 2018, the en bloc market will likely calm down this year, especially as land acquisition costs were also raised as part of the latest cooling measures.

Developers will likely spend the year clearing their inventory rather than stocking up on more land, analysts say.

Mr Desmond Sim, head of research (Singapore and South-east Asia) at real estate investment firm CBRE, said that given the “punitive” nature of the July curbs, it is likely that only smaller en bloc projects will manage to find buyers moving forward.

Mr Nicholas Mak, executive director of asset management firm ZACD Group, said he will be closely watching how new private residential launches perform, as they are an indicator of how property prices will move.

Under the new rules, individuals taking out their first home loan have to abide by stricter borrowing limits, while ABSD rates had been raised across the board by 5 percentage points with exceptions for first-time Singaporean and permanent resident buyers.

If the response at new property launches is lukewarm, the primary sales market might stagnate, as most developers would also resist cutting their prices.

“In the end, it could be the resale market that would set the price trend, as individual sellers would not have the holding power of developers,” said Mr Mak, who expects 9,000 to 12,000 new units in the pipeline this year.

Dr Lee Nai Jia, senior director and head of research at estate agency Knight Frank, similarly noted that new sales and prices are expected to remain “largely stable”, although sellers in the resale market are likely to face greater pressure to lower prices.

Ms Christine Sun, head of research and consultancy at real estate agency OrangeTee & Tie, said developers will likely space out out their project launches to avoid “head-on competition” with each other.

Developers might also “intermittently release units over many months” so as to maintain their prices, she added, estimating that there will be 13,000 to 14,000 units launched in 2019, although about 18,000 to 19,000 new private homes should be launch-ready in the year.

Analysts warn that buyers who are investing in property in the hopes of renting them out might end up disappointed.

Mr Ku noted that Singapore’s non-resident population has fallen by about 30,000 in the past two years, but addition to the housing stock has been “relentless”, with a total of 93,000 HDB, executive condominium and private units coming on stream in the same period.

Meanwhile, he added, there is almost no chance for a liberalisation of the rental market this year to legalise short-term accommodation.

It was only in August that National Development Minister Lawrence Wong signalled that new laws allowing for Airbnb-style stays are unlikely to come anytime soon, citing “mixed views” in a public consultation.

But in the unlikely event that the government does loosen the rule, it would be good for the market, analysts said.

Mr Cheong, for one, is all for it, saying that the gains to be made from such a move would outweigh the risk of minor abuses of the law.

“With the economy expected to slow in 2019 and retrenchments likely to rise, any means of injecting additional income to households here would be welcome,” he said.

On the public housing front, the government is likely to continue reminding Singaporeans that the 99-year lease on HDB flats will not be extended and that the prices of old flats will have to decline accordingly, analysts said.

But they hope that the authorities will, at the same time, release more information on the schemes they have planned to help flat owners extract more value out of their ageing flats.

For example, on Jan 1, the government issued more details on the expanded Lease Buyback Scheme, which is now applicable to five-room or larger flats.

It was previously only for four-room or smaller flats.

The scheme, which is eligible for those aged 65 and above who have a gross monthly household income of S$12,000 or less, allows homeowners to sell part of the remaining lease of their flats back to the HDB, with the funds then used to top up their Central Provident Fund (CPF) retirement account. They will also receive some cash.

Other measures on the horizon include an adjustment to CPF loan rules that will let buyers of older resale flats dig deeper into their CPF funds for their purchase.

This aims to address the anxiety among old flat owners that it would be increasingly difficult to sell their flats with each passing year.

Analysts also hope for more information on the two solutions PM Lee had announced in August, which he said are aimed at retaining the value of older HDB flats — the Voluntary Early Redevelopment Scheme (Vers) and the expanded Home Improvement Programme, known as HIP II.

Under Vers, residents in precincts that are about 70 years into their 99-year leases will be allowed to vote on whether they want the Government to buy back their flats for redevelopment. They will receive compensation and help in getting another flat to live in.

With the scheme set to kick in only about two decades from now, when Singapore’s oldest flats turn 70, the government has yet to work out and reveal details such as how much the compensation might be.

HIP II, meanwhile, aims to give every HDB flat one more major upgrading during its 99-year lease period when they are at the 60- to 70-year mark.

The current HIP only covers flats built in 1986 or earlier.