Is the Singapore property market still a safe haven for investors? 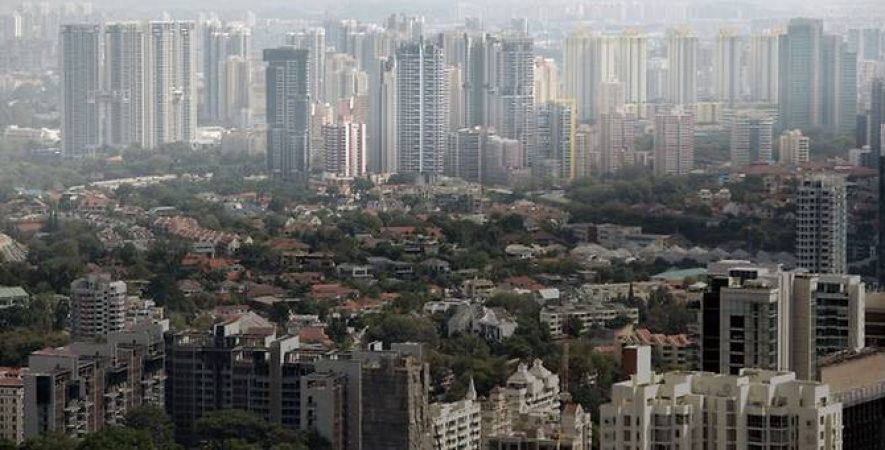 SINGAPORE: With all the turmoil of a Trump presidency and Brexit, we wouldn’t be surprised if analysts eventually suggest hiding your money in a sock.

In the aftermath of the last crisis years (2009 to 2013), the Singapore property market — particularly its luxury segment — was considered a safe haven investment destination and recorded huge price increases.

But will that still be the case today? It certainly seems so. Singapore properties surprisingly recorded price gains for luxury properties in the third quarter of 2018, outshining even Hong Kong.

Clearly, and despite the cooling measures, well-heeled investors are still seeing value and opportunity in the Singapore housing market.

WHY SINGAPORE IS VIEWED AS A SAFE HAVEN DESTINATION FOR PROPERTY

Singapore is politically stable and harmonious, two key factors that make real estate a dependable place to park your cash. One more thing to note is that government seizures, or property damage from civil unrest, is highly improbable in Singapore.

The other helpful factor is the strength of the Singapore dollar, which makes various investments – not just property – look like a rock-solid proposition.

Singapore’s central bank, the Monetary Authority of Singapore, also takes an approach that appeals to many investors: We don’t control the strength of the Singdollar by playing with the monetary supply (i.e. we don’t casually print more money), we simply keep it pegged to a basket of currencies.

On top of that, our government has also shown that when it comes to property, it is proactive in implementing measures to keep the market stable and prevent a dangerous bubble from forming.

This sort of control and emphasis on stability keeps property from swinging from a safe asset status to a risky investment status.

The government also imposes measures that regulate the quality of housing, such as the latest URA guidelines on maximum unit sizes. This commitment to keeping Singapore housing and neighbourhoods liveable is reassuring to investors over the long-term as it reduces uncertainties (such as finding out that a once quiet neighbourhood has been transformed into a traffic nightmare 10 years later).

Finally, on a more fundamental level, simple facts such as land scarcity – along with a need to grow the population and the national Gross Domestic Product (GDP) – support a consistent demand for Singapore real estate.

Just look at what happened in 2017. Last year, the property market made a dramatic turnaround; purchases by non-Singapore permanent residents rose by 44.8 per cent, while Singaporean Citizen purchases in Districts 9, 10, and 11 rose by 68.1 per cent. This sudden jump followed a softening of the property market for around four consecutive years, following the 2013 cooling measures.

The last time we saw a spike like this was between late 2008 to 2009, after the Global Financial Crisis. Aggregate housing prices rose by 40 per cent following the crisis, and it was one of the main reasons for the resulting torrent of cooling measures. Now, how is this similar to 2017?

Well, consider that significant causes of uncertainty had appeared on the scene:

On Jun 23, 2016, the Brexit vote passed by 52 per cent, introducing a wave of uncertainty into global markets. One side-effect was the fear of London real estate losing its safe-haven status, and a flight to properties in Asia as an alternative (Singapore chiefly among them).

Then on Nov 8, 2016, Donald Trump was elected as US President. He vowed to take a protectionist stance, foreshadowing the ongoing US-China trade war today.

The conjunction of events spooked investors, and Singapore’s housing market saw a boost the following year. And once again, just like in the aftermath of the Global Financial Crisis, prices and transactions would almost certainly have continued to rise, until the government intervened with cooling measures in July.

Note that by the time the latest cooling measures kicked in, prices already averaged S$1,319 per square foot – close to the peak in 2013, despite almost five years of steady decline.

IS THIS LIKELY TO CONTINUE?

Barring some truly apocalyptic changes to Singapore, we don’t foresee Singapore property losing its safe-haven status anytime soon. The combination of stability and demand remain strong. However, that doesn’t mean we should be rushing to buy property the moment markets look uncertain.

Even if many investors continue to see Singapore real estate as an investment, we need to keep two things in mind:

First, not all Singapore real estate benefits from the idea of being a safe haven asset. The properties that fall into this category are primarily Core Central Region (CCR) properties, not suburban condos. This also includes high-end housing, such as private properties in areas like Districts 9, 10, and 11.

The other type of properties in Singapore that fall into this category are properties with freehold or 999-year leasehold tenure which, capital appreciation aside, can quite rightly be perceived as good stores of value against inflation.

The ultimate in “safe haven” properties are conserved shophouses, of which there are only around 7,000. Conserved shophouses tend to hold their value, if for no other reasons than their scarcity and the perceived prestige of owning one, and the fact that the government is unlikely to demolish conserved buildings.

But if you’re a regular Singaporean, you’ve probably realised this does little for you – these safe-haven properties are well outside the price range of the average buyer. However, some freehold properties can be within budget.

Second, investors should note that Singapore Real Estate Investment Trusts (S-REITs) are potential safe havens, next to physical real estate. S-REITs are required to have low gearing ratios, and have maintained yield spreads of up to 3.7 per cent despite rough market conditions.

A combination of low gearing ratios, laws to limit dabbling in property development, and tight financial regulations cause many investors to regard S-REITs as a viable alternative to actual property.

That said, S-REITs do have their drawbacks. If you want to avoid exposure to the China property market or other overseas markets, for example, S-REITs may not be the product for you as developers backing these REITs are banking on making inroads into precisely these markets.

On the other hand, S-REITs with too high an exposure to the Singapore market may suffer from declines in price and dividend based on several factors that actually favour property buyers, case in point being the latest cooling measures swinging the market from a sellers’ market to a buyers’ market.

THE TAKEAWAY FOR PROPERTY INVESTORS

While property is an increasingly attractive investment for investors who have taken their money out of the more bearish and volatile products such as equities, buyers still have to do a lot of homework to make sure they maximise their chances of reaping profits in property investment, be it in residential or commercial property.

All said and done, as a safe haven investment destination, the Singapore property market might be as good as it gets.