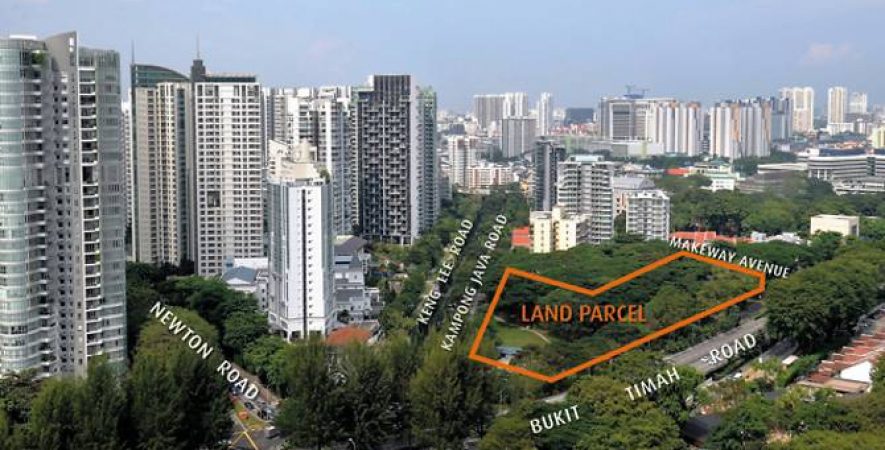 SINGAPORE: Two residential sites and one White site with a combined yield of 2,000 homes and 540 hotel rooms were released for sale under the second half 2018 Government Land Sales (GLS) Programme on Wednesday (Oct 31).

The plot of land at Kampong Java Road belonging to the Urban Redevelopment Authority (URA) and the executive condominium site at Tampines Avenue 10 by Housing & Development Board (HDB) were launched for sale under the Confirmed List, URA and HDB said in a news release.

The URA White site, or mixed-use site, at Marina View is available for application under the Reserve List.

According to property services firm Colliers International, developers are expected to continue to be circumspect about land acquisition following the new cooling measures in July.

The tenders for the two land parcels at Kampong Java Road and Tampines Avenue 10 closes on Jan 15 next year.

The Kampong Java Road site is the first private housing land plot to be launched since the unit size guideline revisions by the URA.

Colliers said that the it expects the 99-year-leasehold Kampong Java site to be a “litmus test”.

“Based on the map of Central Area, this site sits just outside of the Central Area and thus should be subject to a minimum average unit size of 85 sq m come Jan 17, 2019,” said Ms Tricia Song, head of research for Singapore at Colliers International.

“Response to the Kampong Java site could provide an indication of developers’ confidence in the high-end home market after a spate of collective sales in the area and the recent announcement on revised unit size guidelines,” she added.

Mr Ong Teck Hui, senior director of research & consultancy at JLL, said he expects bidders for the site to take into account the slower demand for private homes since the July cooling measures as well as the significant supply in the sales pipeline. 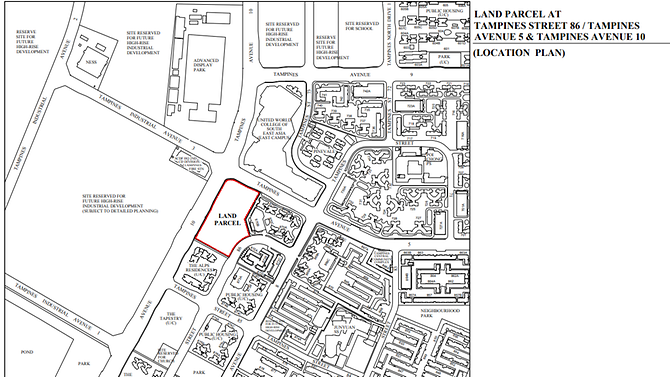 The executive condominium site in Tampines Avenue 10 has a site area of 24,938.7 sq m and a maximum permissible gross floor area (GFA) of 69,829 sq m. It can accommodate an estimated 695 units.

Colliers expects this plot to be popular, after recent bids for executive condominium sites at Anchorvale Crescent and Canberra Link saw seven and nine tight bids.

Mr Ong from JLL concurred, saying that he expects between six and 10 developers contesting for the site.

“Due to the shortage in supply of new ECs and keen demand from buyers, developers would have a more optimistic outlook on the EC market,” he said, adding that the top bid could com in between S$500 and S$600 psf ppr. 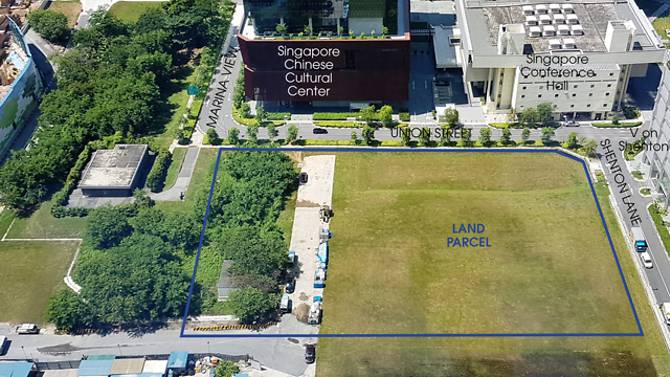 The White site at Marina View is projected to be a mixed-use development with about 540 hotel rooms, complemented by supporting retail and food and beverage uses. It is available for application under the Reserve List.

As the Marina View site is situated within the Downtown Core, next to the future Shenton Way MRT station and flanking both Marina Bay and Shenton Way, Colliers expects developers with hotel interests or varying interests to form a joint venture, as the entire development will be held under a single strata lot.

The site is also expected to yield an estimated 905 housing units.