Woman sues to enforce purchase of $1.23m Pearl Bank unit, which is part of collective sale 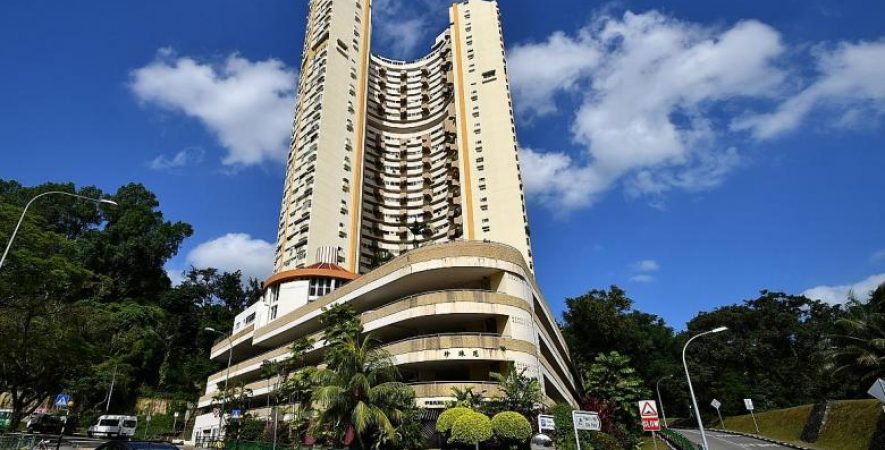 A woman seeking to enforce her claim to acquire a $1.23 million apartment unit against an owner who disputes the sale has thrown up an unusual case.

The unit in Pearl Bank Apartments in Outram is part of a $728 million collective sale to CapitaLand. If the case goes in her favour, the issue is how Madam Lee Ping Ping, 38, is going to enforce her right to the unit, given that it has been swallowed up in the collective sale.

On Monday, Colliers International announced the completion of the collective sale of Pearl Bank Apartments, after having obtained a sale order in August this year.

In the lawsuit, Madam Lee claims she made an offer to buy the eighth-storey unit on May 23 last year after viewing it with the owner, Madam Lee Chen Pi-Yu, 70, present. Madam Lee Chen’s real estate agent, Mr Eugene Koh, was also there.

Madam Lee Chen accepted and signed the Offer to Purchase, giving the buyer the option to purchase the unit for $1.23 million.

But she then refused to complete the sale-and-purchase deal by the October deadline and to take steps to effect the transfer of the unit. The Taiwanese national also returned the two cheques issued for the deal.

Madam Lee is seeking damages for the alleged breach of contract, claiming, among other things, a loan cancellation fee of $14,856 for the bank loan she took in August last year to finance the purchase.

She is also seeking a court order to enforce the sale.

Defendant Lee Chen is denying the allegations in court papers filed, claiming, among other things, she did not understand the nature of the Offer to Purchase as she does not read or write English.

Madam Lee Chen, who, at the material time, was alone in Singapore, alleged that her signature on the Offer to Purchase and Option to Purchase was obtained through the misrepresentation and/or undue influence by Mr Koh.

She also claimed the sale price was 30 per cent lower than the market value of a similar unit at Pearl Bank Apartments and that the deal was closed with “unholy haste”.

Madam Lee Chen has named Mr Koh and ERA Realty Network as third parties in the lawsuit, seeking to be compensated by them as decided by the High Court if she is found liable.

Mr Koh, in defence papers filed by his lawyers from Legal Standard, denied the claims that he was liable. He pointed out the was tasked to market and sell the unit as Madam Lee Chen’s agent. He said she had sought to sell it as she intended to return to Taiwan.

WhiteFern director K. Anparasan, in representing ERA Realty Network, denied the company was indirectly liable to Madam Lee Chen for Mr Koh’s actions. He added in court papers filed that Mr Koh was not an employee of the company, but acted as an agent.

A High Court pre-trial conference on the ongoing case is due next month.