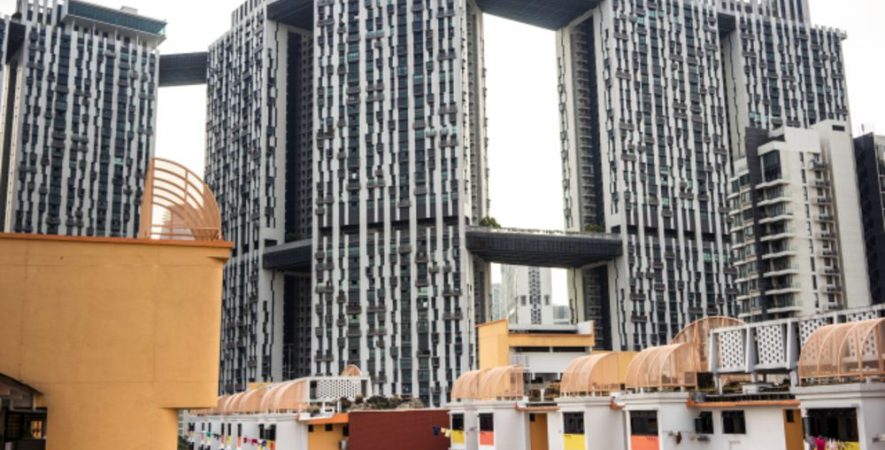 Singapore’s long romance with public housing is going through a rocky patch, threatening to undermine one of the most popular government policies.

For decades, the no-frills, affordable apartments have been integral to the city-state’s way of life, helping young couples achieve their dreams of home ownership and housing the bulk of the population — while providing a stepping stone for getting on the private-property ladder.

But now, with about 80 percent of Singaporeans invested in Housing and Development Board dwellings, these properties are losing value, widening the price discount to private condos. That’s a jolt to home owners and a political headache for a government that likes to boast its public housing is unmatched around the world.

“The government has to walk a tightrope on this,” said Nicholas Mak, executive director and head of research at real estate firm ZACD Group Ltd. Officials can’t let prices decline too much, because wealth loss among public-housing dwellers could be politically costly, he said.

The value of the homes has been falling even as prices of private dwellings rebounded over the past five quarters, leading to a 13.8 percent gap in their price performance, the widest in more than a decade. Private home prices rose 0.5 percent in the third quarter, after climbing 3.4 percent in the previous three months.

Housing initiatives established under then-Prime Minister Lee Kuan Yew in the 1960s have taken Singapore from slums and squatter settlements to one of the world’s highest home-ownership rates, at more than 90 percent. The system is designed for people to buy, not rent, with HDB apartments substantially cheaper than private condos. Singaporeans own HDB homes worth as much as S$480 billion ($347 billion) in total, Mak estimates.

Blocky and unadorned, with laundry often hanging off bamboo poles outside, HDB housing has helped Singapore couples — young singles aren’t eligible — to get a first home and a start on financial security. A home purchased for about S$100,000 in 1985 is worth around six times that today.

“Housing is a very emotive issue,” said Song Seng Wun, an economist at CIMB Private Banking in Singapore. That may be understating it, in a country where marriage proposals can come in the shape of, “Let’s get an HDB apartment together.”

Recent declines partly reflect an increased focus by buyers on the dwindling number of years left before 99-year leases expire. In some cases, it’s just over 40 years from now. The price performance gap between HDB apartments and private condos is likely to keep growing, according to Credit Suisse Group AG.

“I bought in the resale market when the prices were quite high some years back,” said Jun Liang, 42, whose apartment is in a 55-year-old block called Selegie House. “When I look at the value now, it would not have appreciated — in fact, after renovation costs it could even be a small loss.”

HDB resale prices may fall 1 percent to 2 percent this year, according to Mak. In the long term, besides undermining public sentiment, declines could threaten demand for private housing, since fewer people will feel wealthy enough to upgrade to condominiums, according to Cushman & Wakefield Inc. 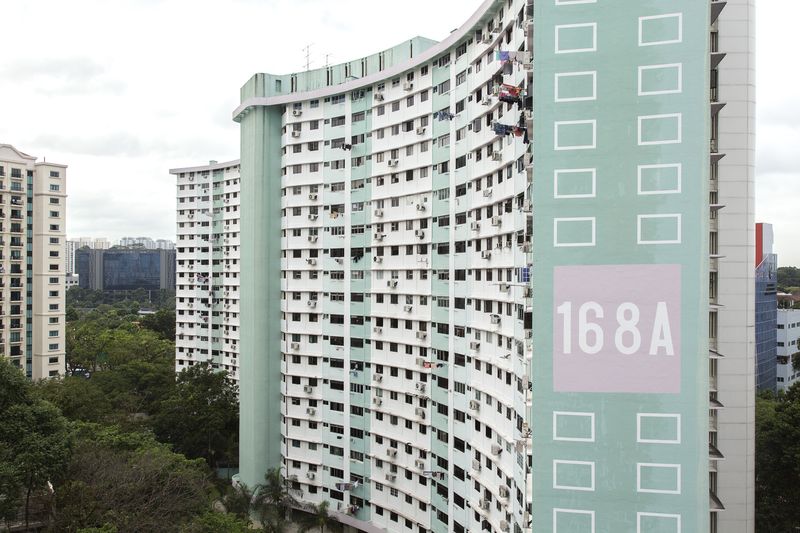 To be sure, the performance gap between public and private has fluctuated before. A couple of years ago, it touched a low of 1.9 percent, and it’s averaged about 5 percent over the past five years. Over the longer term, private and HDB prices should move in tandem, according to Mak at ZACD.

The government is taking action. Under a new program, owners of some apartments aged 70 years and older will be able to vote for a state buyback of the homes before their leases run out. However, that plan won’t be implemented for another 20 years and doesn’t apply to all HDB units, meaning the vast majority will likely go the full 99 years, according to Credit Suisse.

Home-owner Jun and his wife bought their apartment in one of the oldest HDB blocks in 2013 after getting married, spending about S$700,000 on the property and another S$100,000 to renovate. Now, they have thoughts of upgrading to a private condo. But, looking at their budget, the couple wonder if they’ve any chance of getting the home they want.

“Prices are too high for private condominiums,” said Jun.